Last weekend I ran a half marathon. Except ran isn’t really the right word for what I did for more than half of it. I hopped, limped, shuffled, hobbled and dragged myself around the final 11km, exhausting every last ounce of my physical and mental energy in the process. Consequently, it was the slowest half marathon I’ve ever done. My Ilio Tibial Band Friction Syndrome (or, let’s be real, ‘Runner’s Knee’) was back. And I felt like a fraud.

I’d been silently predicting that I’d achieve my personal best that day, which was somewhat arrogant in itself, given that my training regime had certainly not been dedicated enough to deserve it. However, when last Sunday arrived, it was off the back of a horrific week at work, I’d not been eating well, and suffice to say that when my alarm rung out signifying 5.45am and time to get up, I was feeling drained, exhausted and downright miserable.

And things only got worse. From mile 5 I could feel a familiar pain down the outside of my left knee. At this stage it was manageable, not having yet given way to the searing all-encompassing pain I know so well. But it was all it took. All it took to effectively end my race. All it took for my mental resolve to crack.

By mile 7, the pain was intense, and at this point I believe I was well within my rights to want to take it easy to avoid further or lasting damage, but my frustration became so great that I seriously considered dropping out on several occasions. And yes, there were tears.

I finished the race and I felt both physically and mentally exhausted, but also ashamed. Not with my time or that I’d hobbled my way around, but because I’d been so easily mentally beaten. Because one bad race had been enough to make me question myself, to make me feel like a ‘bad runner,’ and to make me contemplate abandoning something I enjoy and a key component in my life.

The truth of the matter is that I am never going to be the fastest runner, I’m never going to run the longest distances, and I’m not always the most motivated, but I’m not a ‘bad runner.’ I’m not an experienced runner, sure – I’m still less than 2 years in to my running career and I have so much to learn – But hey, even the slowest, most amateur runner on the planet, is still a runner right? At the very least, they’re certainly beating all those at home on the coach!

Last weekend I resolved never to be ashamed of my running again, not of a slow time, a bad race, or a painful knee. The only thing I should ever feel embarrassed of is not giving it my all. And from time or time (or even if all the time) putting one foot slowly and painfully in front of the other and hobbling across the finish line, takes my everything, then I should still be proud, because I gave it my all.

I was talking to a man this morning (now in his 60s) who told me that he used to be a runner. “Not a very good one though,” he hastened to add. It transpired that he has a marathon PB of 2 hours and 52 minutes. A time which, frankly, blows my mind. At first I wondered if he was just being modest, but later in our chat it became clear that his running career had ended prematurely due to injury and he’d always aspired to achieve something more.

Runners walk (or um, run) a dangerous tightrope between how far they’ve come and how much further they both want and believe they can go. Whilst it’s healthy to have goals and ambition, it’s all relative, and you must never lose sight of how far you’ve come. Whilst that man believed he could have improved on a 2:52 marathon, for me just 2 years ago completely a half marathon at all would have seemed an unobtainable goal, let alone striving for a new personal best. 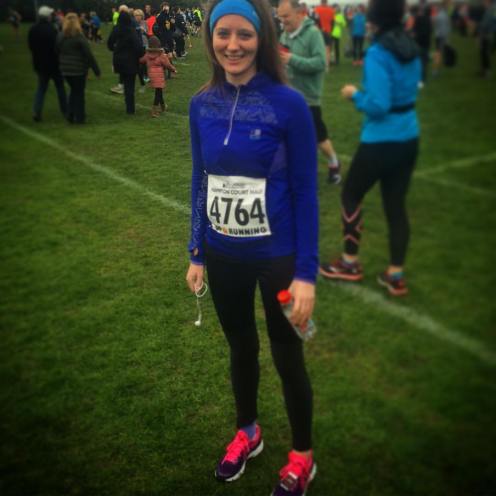 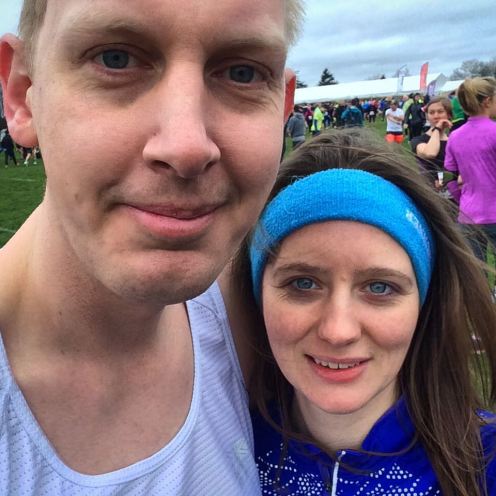