Most significantly, over the last two weeks, I have officially started my marathon training plan, but more on that later, as I have another important marathon update. 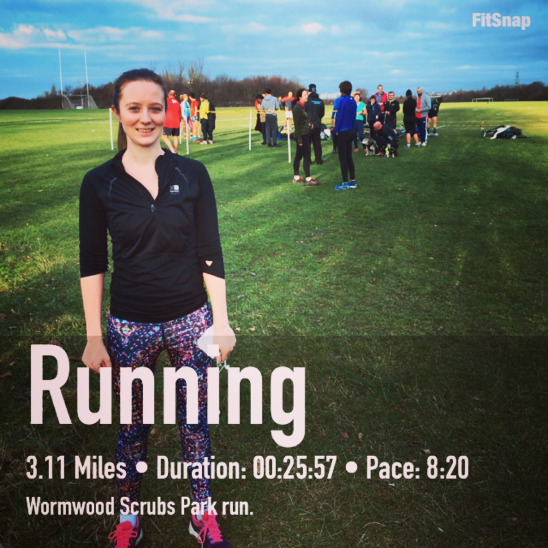 The London Marathon has been my ambition, ever since I started running, however I told myself, I’d only push to do it when I found a charity I cared about passionately enough that I could support a cause I really believed in and had an incentive to properly motivate me for the training.

However, as you may or may not be aware, I recently turned 30, and maybe (or maybe not) in something akin to a quarter/mid-life crisis moment, I decided just to go for it! If I wanted to pursue my marathon ambitions, I felt like the time to do so was now. Or at least, that putting it off any longer sure as heck isn’t going to make things any easier. And so I signed up, with a charity place which I was fortunate enough to receive from UNICEF. UNICEF are a fantastic charity, who my family has always supported, and so I felt happy and proud to do this.

However, in recent weeks, a close family friend was diagnosed with, and has been in hospital receiving treatment for, leukaemia. The diagnosis came as a shock, and seemed so horrendously unfair, as you couldn’t meet a kinder, more patient or caring person.

Receiving regular updates from my mum about how incredibly brave this woman and her family were being, I felt spurred in to action. After chatting with my boyfriend, I contacted just about every leukaemia charity, and general cancer charity I could find, to enquire whether they had any spare marathon places left. After copious rejections – the vast majority of charities had already allocated their places – I finally received an offer of a place to run for Bloodwise.

My boyfriend (Rob) who had previously expressed a mild interest in running the marathon, has massively ‘taken one for the team,’ for lack of a better phrase, as well as proved he is the world’s best boyfriend, by agreeing to take the Bloodwise marathon place.

So, what does this mean exactly? Well, we now have two places between us. One for Bloodwise, and one for UNICEF. Consequently, we are both going to be running, and fundraising, for both these charities together, establishing one fundraising page that splits donations 50/50 between the two charities. I’ve got this idea of getting a running shirt from each charity and paying for someone to sew the front half of one to the back half of the other, to signify that I’m running for both charities, but I’m not yet sure how that would go down!

We have a total minimum fundraising target of £4,000 between us (£2,000 for each charity) which is a huge ask, in addition, of course, to the small matter of 26.2 miles between us and the finish line. Not to mention the several hundred training miles before we even reach this point. Still, the addition of Bloodwise to my fundraising agenda, has, if anything, inspired me to train harder, to run further and in particular, to raise more money. It’s really just a token gesture compared to what our friend and her family have been and are going through, but it feels like the least that I can do.

And so, on to my training. Two weeks in, and I’m happy to report that it’s so far so good. Admittedly with a bloody long way still to go – literally!

In my previous marathon blog post, I wrote that it was my intention to follow Martin Yelling’s 16 weeks beginners programme. However, I’d deviated from this before I even got properly started. Rob and I are now both following a training plan, courtesy of Runkeeper. There’s something appealing about using an app you’re already familiar with, and receiving reminders to your phone about your upcoming runs. This plan is 4 days a week running, instead of 3, but so far I’m on target.

My “long” weekend runs to date have been 8 and 10 miles (which I’m more than aware are measly distances in the grand scheme of things!) so I’ve not yet been pushed outside my comfort zone. However, it has still been a challenge to ensure that I get out pounding the pavement 4 time a week and managing to fit this around work, postgraduate study, other forms to exercise and copious requests to meet for after-work drinks/parties/other festive merriment. Consequently, I’ve been a little off the social radar, but I’m not sure anyone runs a marathon without sacrifice.

Two ways I have found to maximise my time are; the lunch-time work out, and the run commute. Frankly, changing job, which I did back in October, has been the biggest contributory factor for me believing I have the time/energy/motivation and determination to run a marathon.

Prior to this change, I was utterly miserable; depressed even. And I was lead to believe that there was something wrong with me for feeling as low as I did. There wasn’t. Turns out, being treated the way I was at work has the tendency to make anyone feel pretty bad. Consequently,  whilst working in my former job, I could barely bring myself to get out of bed in the morning, let alone had any spare energy to exercise during or immediately after surviving the working day.

Thankfully I have now moved to an environment that I would describe as infinitely more positive, supportive and accepting. Not only this, but now that I’m not stressed out of my mind, I find that there’s plenty of time for a quick 4 mile – 35 minute run – during a lunchbreak!

My commute is a 6mile run door-to-door, which I’ve completed several times now. It’s wonderful arriving home by 6.30/7 knowing that not only are you home at a reasonable time, but that your day’s exercise is already done.

Run commuting has also taught me that the majority of what’s in my handbag is utter rubbish, or at the very least needless excess! I’ve not yet found a suitable running backpack, and so leaving the day’s clothes and everything else at work, I run home with just my phone, keys, bank card, lip gloss, mascara and work pass in my pocket, which is actually incredibly liberating!

So for now, that’s me, and where I’m at with my training. In a few weeks, I’ll be running further and starting to hit some unknowns – I’ll let you know how this goes. Wish me luck!