So, I have some big news! After failing to get a ballot place for the second year running for the 2017 London marathon, I may, (or may not) on something of a whim,  have signed myself up for a charity place through UNICEF.  I am running the London Marathon 2017!

Having volunteered at charity cheer points at the London marathon for the past 3 years, I’m incredibly excited to be a runner at this event as the atmosphere is fantastic, and the support and encouragement you receive as a participant must be an almost indescribably amazing feeling. I am also nervous, a feeling which I’m sure is only going to intensify over the coming six months!

It was only around May this year, when I completed The Hackey half marathon in 27 degree heat, and without feeling on the brink of death upon crossing the finish line, that I  started to believe that a full marathon might just be within my grasp. I was further encouraged a couple of weeks back, at the Oxford half, when I ran a personal best by a considerable way, and again, at the finish line, felt as though I could have carried on.

However, my single biggest motivation came from the 100km Thames Path Challenge, the gift that just keeps on giving, and which has certainly had a far bigger impact on myself and my life that I ever imagined that it would. Honestly, it was such a physical and mentally exhausting battle for me, that it seems to have, pretty much, given me the belief  that I really can do anything – which may prove very dangerous!

A few of the group I walked through the night with during the Thames Path Challenge had run the London marathon previously, and so I took the (23 hour!) opportunity, to question them about it. It was unanimously agreed that as long as you put the hours in and follow a proper training plan, running a marathon is a considerably easier and more enjoyable experience than walking 100km, relatively underprepared. Whether I agree with this, I’ll have to let you know in April! I am however, optimistic, if only because unlike an epic 100km hike, at some point between a 4-6 hour time period, a marathon comes to an end!

So, that’s about all I can tell you for now. Except to say that for me, this is the ultimate running challenge, and somewhere I’ve been hoping my running journey would lead me since the day I started out. Having lived in London for the past 6 years, and attended a University of London College for 3 years before that, if I am going to complete one marathon in my lifetime I always knew it would have to be London.

I almost talked myself out of it, telling myself that the time wasn’t right, and that I’ve got too much on with a new job and the culmination of my studies in February. However, if you listen too much to your fears, you can convince yourself that the timing is never right for anything in life! And whilst I am, undoubtedly, busy, the truth is I’ve never felt as fit, as confident or as motivated to achieve this goal as I do now.

That said, I am an absolute amateur at this, and am so far entirely unprepared. I have the Eton & Windsor half marathon on November 19th, after which point I will turn my attentions towards gradually trying to increase my distance.  If you stumble across this blog as an experienced marathon runner, I would be incredibly grateful for any and all training tips you may have, in particular anything around nutrition, running snacks and hydration, as these are not things I’ve had to factor in too highly before.

As I am primarily aiming just to finish, I’ve decided to follow Martin Yelling’s 16 week first time finisher training plan. This 4 month plan has you out running 3 times a week, with 2 shorter weekday runs and a long run on the weekend. For me, on top of currently both working and studying, this feels just about realistic. In addition to this I will try and do at least 1 weekly workout either climbing, bodyweight exercises or generally strength building. If anyone has any feedback on this training plan, or suggestions of any others to follow, these would be very well-received.

I was intending to kick-start my training this weekend,  by just getting outside and running as far as I can, until I physically exhaust myself. I was hoping to go for 16 or so miles. However, I’ve pretty much spent the weekend in bed coughing until I make myself sick. (Yay!) So, it hasn’t exactly been the ideal start, but things can only get better…right? 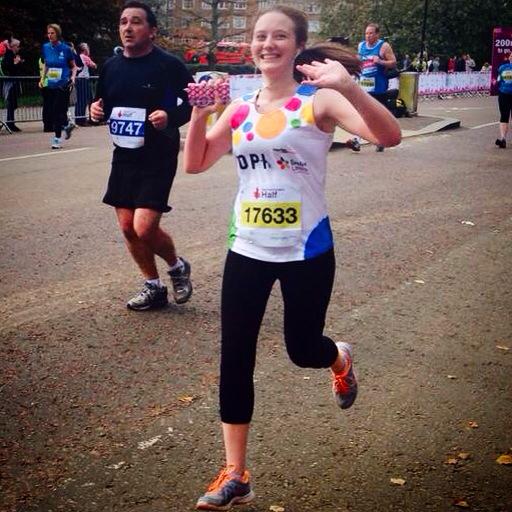