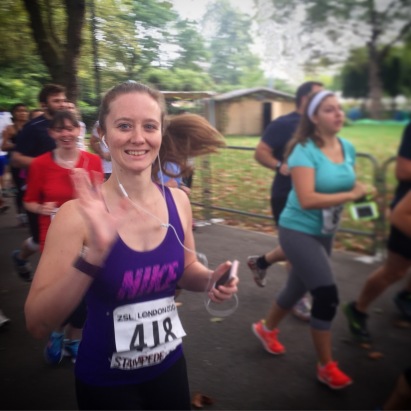 At some point over summer, I made a rash and not-entirely-well-thought-out decision to sign up for London Zoo’s Stampede 10k, which took place on Sunday 17th September – 7 days after my 100km charity walk. As I admitted in my last post, I had considerably underestimated what an epic challenge this 22hr 58minute 100km struggle would be.

Whilst 7 days post walk my legs were no longer aching with every step I took, to give you an idea of the pain I was feeling at the start of the Stampede 10k, I can tell you that today, 21 days after my walk, I still have blisters up to 4.5cms long in multiple locations on  my feet, and only 8 toe nails currently in place! Whilst I appreciate the aforementioned is pretty (ok, very) gross, if this seems overwhelmingly repulsive to you, you may want to give both running, and my running blog a miss!

In the week following my 100k I had felt continually hungry, thirsty and exhausted. This meant I was living in a cycle of continually gulping water during the day, whilst struggling not to fall asleep at my desk at work, coming home, scoffing my face with as much food as physically possible, and falling asleep before 9pm.

Due to how fragile and shattered I was still feeling by the end of the week, and also that fact that this was (another) event my boyfriend wouldn’t be able to participate with me in (for the benefit of anyone who is not a regular reader; he sprained his ankle 10 day prior to my 100k.) I did consider dropping out. But then, ever determined, I reminded myself that it was only 10k. It would be fine…wouldn’t it?!

And it was, just about. Miraculously, this was not my slowest ever 10k (which probably says a lot about my fitness level when I started out running 2 years ago!) it was, however, my most painful. I had a sharp pain in my left knee from as early as mile 2 (this is not something that is unusual for me, but it can usually be avoided with proper warming up), I felt half asleep and hugely dehydrated, none of which was helped by the fact that it was a pretty muggy day.

Worse than any of this, however, was the fact that my legs felt like lead – so incredibly heavy. Obviously everybody has off days; days when they’re abit tired, and their legs are a little relucatant to move, but this was like nothing I’d experienced before! Putting one leg infront of the other for each and every stride was an epic struggle. Somehow I completed, and in just over the hour, but I had frequently to slow down to a walk. 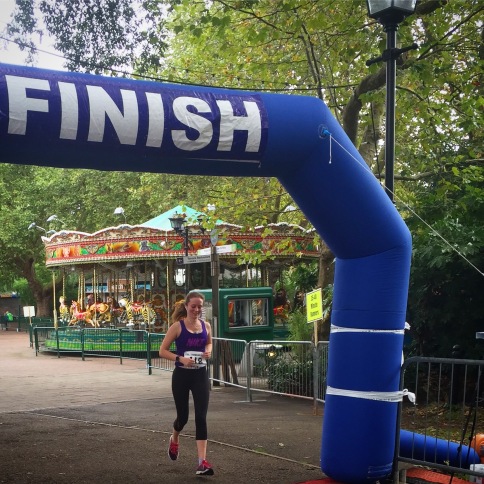 So the moral of this story…? Don’t be an idiot, I guess. If you’re going to take on a monumental physical (and mental) challenge, have some respect for your body, and give it time to recover. This race left me feeling completely wiped out for the best part of another week. But hey, it wasn’t all bad – A free zoo ticket was included with your race entry, so I did get to see some pretty cute/cool animals, in the few hours I managed to keep awake, before struggling home, and sleeping for a year. 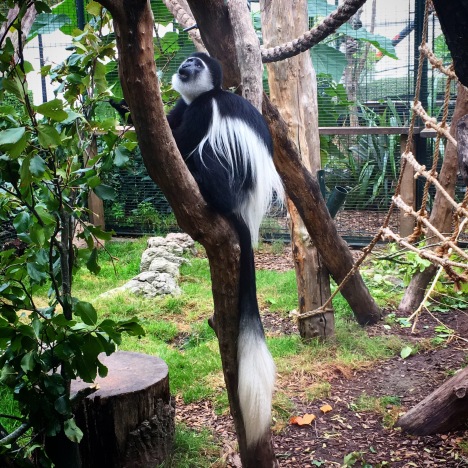 I wouldn’t recommend the Stampede 10k as a race in itself, unless, of course, you are swayed by the free day at the zoo. Only the first kilometre actually took place within the zoo’s grounds, so any visions you have of panting, sweating and wheezing your way past a sleeping lion cub are not going to materialise! This was actually a blessing in disguise, given that zoo paths are not cut out for running (believe it or not) –  They are pretty thin, making it near impossible to overtake and  meaning people became very bunched together.

The rest of the race took place in Regent’s Park, comprising of 3 laps around the same route. I found this not only tedious, but also demoralising with the fastest runners lapping you. Admittedly, I may have taken more kindly to this had I been feeling more awake, hydrated and injury-free!